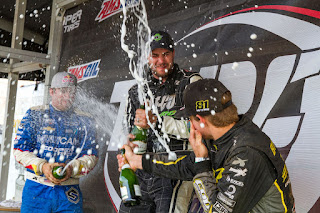 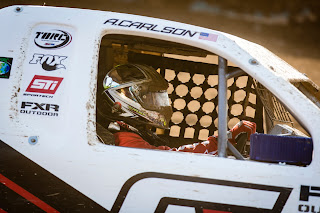 #151 Andrew Carlson was not able to finish because of mechanical failures on Saturday. After a long night of replacing the engine, Andrew came in Sunday from the back of the pack to finish strong with a 4th place finish. Crandon is the "Talladega of tracks" as the teams put it, and drew in over 20,000 people to watch the races over the course of two days.

We had autograph signings with both Atturo drivers, which the fans really enjoyed. AutoGear, a dealer from Rhinelander, WI also had a truck showcasing the Atturo Tire 35x12.5R20 M/T’s in their booth. 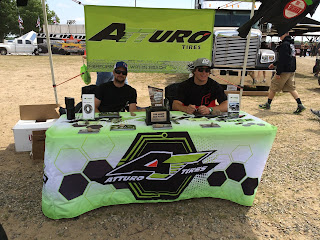 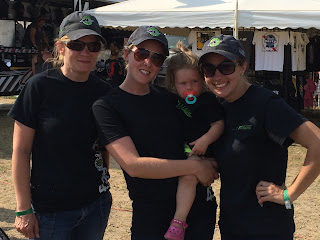 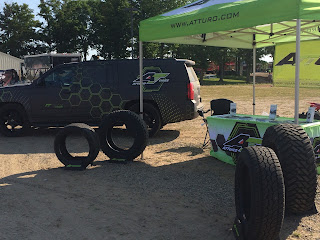 Here's a recap of the weekend:

After leading the final round in Chicago and having a mechanical failure, the team had just 4 days to 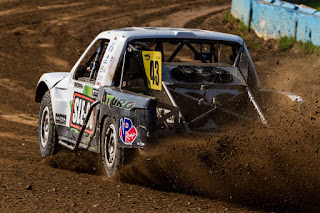 prep for Wisconsin. A transmission problem had us installing a new transmission with literally minutes before practice started on Friday. We set the fastest lap by more than a second putting us where we needed to be. We made small changes and came out and qualified 2nd which started us 4th with the 5 truck invert. We know we had the fastest truck and it showed in the first half. I made a mistake off the restart letting #14 Luke Johnson by and I had to make a hard charge to catch back up. We were faster than Luke but couldn't get past him. I made a move the last lap, and we ended up tangled up. We wanted that win but second is great too. I went into Sunday feeling confident we had the fastest truck and pulled the hole-shot off the start.

I drove conservatively to avoid mistakes and maintained my lead. We lost brakes on the last lap making it the longest 1.7 miles I've ever had. I got it across the line, and I am super happy with the outcome of the weekend. We have the best team that supports me like family. We're ready to make our comeback for the points championship. 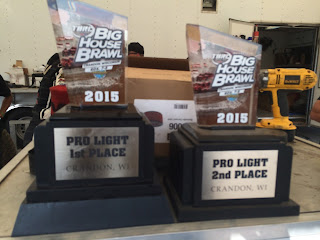 
The Carlson Moto Team arrived in Crandon, Wisconsin excited to carry momentum from Chicagoland and put #151 on the Pro Light Podium. I hit the track Saturday afternoon for round 7, 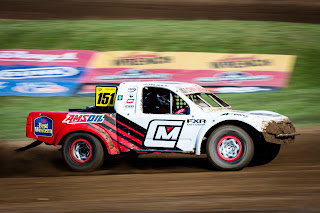 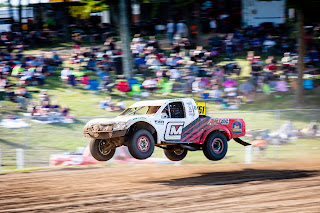 The Carlson Moto crew, led by my Crew Chief Keith Stamper, worked through the night Saturday to swap out the engine and get the 151 Pro Light truck ready for Sunday’s events. I felt good with fresh power under the hood, lined up Sunday afternoon, and as the green flag dropped, I slowly began to weed through the pack from my starting spot deep in the field.  I was able to advance to 5th by the mid-point competition caution flag.

With a bit more confidence, I continued to work my way through the pack. When the checkers flew #151 crossed the line in fourth place, earning our second top five finish of the season.

The high-speed Crandon course was in near perfect condition all weekend as the teams and fans were blessed with sunshine and dry conditions. The slick blue-grooved corners at Crandon are yet another new experience for me competing against a field of Pro Light veterans with hundreds of laps logged at this historic track. This was another excellent experience in my first year in Pro Light in the TORC series.


The TORC Series returns to action in two weeks at The Dirt Track at Charlotte Motor Speedway for the: