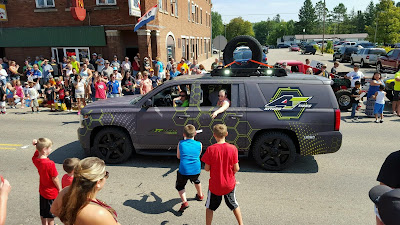 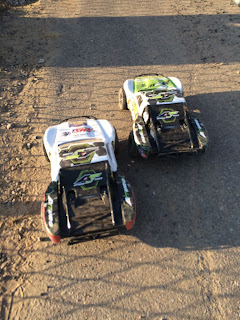 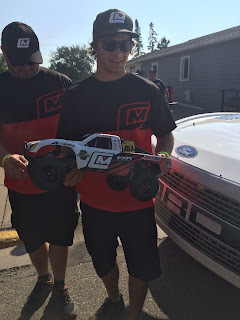 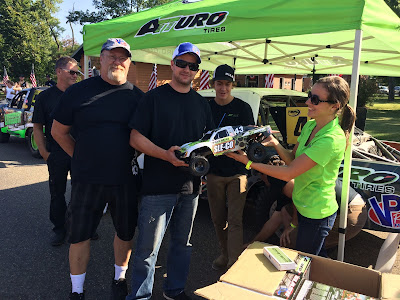 Crandon, WI is the epitome of pro-light racing with 60, 000 fans lined up along the hill watching one of the world’s biggest off-road racing tracks. There's no better venue for the final rounds of the TORC series for the 2015 season. Atturo Tires participated in the events throughout the weekend with the kick off on Friday in town at the parade. The Atturo suburban and Andrew Carlson’s Ford F-150 sported the Atturo Trail Blade X/T’s,  and Travis Dinsmore drove his pro-light with the Atturo Trail Blade M/T’s. Our Atturo Motorsports race teams went above and beyond this year, and we presented them with their own Atturo personalized TRAXXAS trucks for all of their hard WORK. We had Andrew and Travis race the trucks on the mini track and Andrew took the win with his mini 151 Prolight. Both Carlson and Dinsmore teams had great pro practice and qualifying and really showed during the final when Travis Dinsmore rolled away with another podium!

Coming off of a win in the last series in Crandon, Travis Dinsmore was confident he could repeat the performance for the last 2 rounds. Right from the start Dinsmore set fastest lap in practice. Then went on to qualify 2nd, Starting in the #1 position. #43 Travis Dinsmore grabbed the hole slot and led every lap of the world championship race, showing once again they are a dominating force in Crandon. 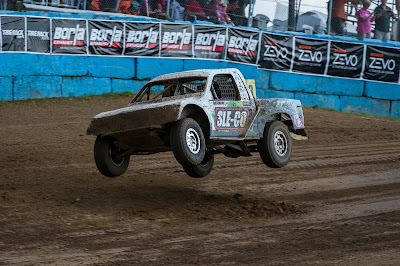 Sunday’s race would have them start in P2 where in an incident on the start Dinsmore was caught up in a wreck forcing him to the pit for repairs. Starting from the rear he quickly made his way up to 5th by the mandatory caution and going for 3rd on the outside clipped the barrier tearing a corner off the truck ending our day. Travis Dinsmore ended his season with 5 TORC podiums and 2 Lucas Oil podiums exceeding everyone's expectations. Preparations for 2016 have already begun and according to Travis, “we will settle for nothing less than a championship”. 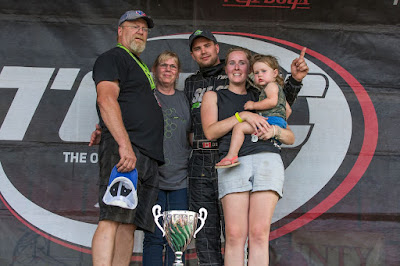 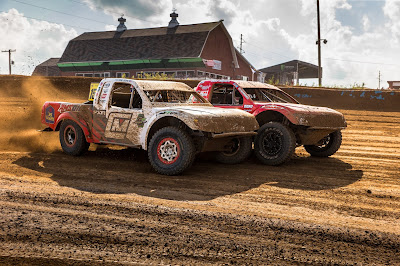 Big speed, big thrills for Carlson at the Big House. Andrew Carlson came from a podium finish in Bark River and had his eye at being at the front of the pack again. After testing at Crandon the week before, Carlson’s confidence was high coming into the event. Saturday morning practice saw Carlson setting a blistering pace, only to end the session early as he slid over the cushion on a high-speed corner and went into a horrific tumble off the track. The Carlson Motorsports crew worked all day to get the truck ready for the final. Because of the crash he was unable to finish qualifying so he started in the back of the pack in the Saturday final. He was able to battle his way up to 10th place. Sunday brought nearly perfect conditions for qualifying and Carlson capitalized with fast lap times and a start near the front of the pack. He showed speed early, working his way up to third place by the midway point of the race. 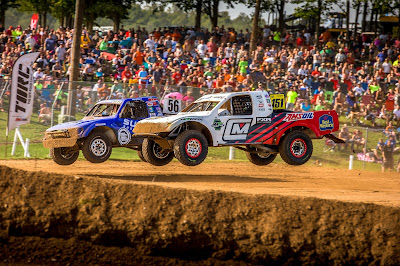 His lap times were nearly identical to the leaders and it appeared as though Carlson was going to earn his second podium spot. Then, with two laps to go, Carlson high-sided the cushion while battling with another driver for position and slipped over the berm. His podium chances ended abruptly. USAC official said post-race: “No question that he’s the rookie of the year.” “Remarkable performance for a first-year driver in the toughest pro class.”

“Our results at the last race are not what we had hoped for, but I couldn’t be more proud of Andrew and our crew on the remarkable job they did this season,” said Chris Carlson, team owner of Carlson Motorsports. “This has been an incredible learning experience, especially when I think back to how we jumped-in head first without any real experience. We will be prepared next season and we look forward to contending for the season point’s championship.” Andrew Carlson ended an amazing 2015 rookie season with being number 8 in points and 4 top 5 finishes!