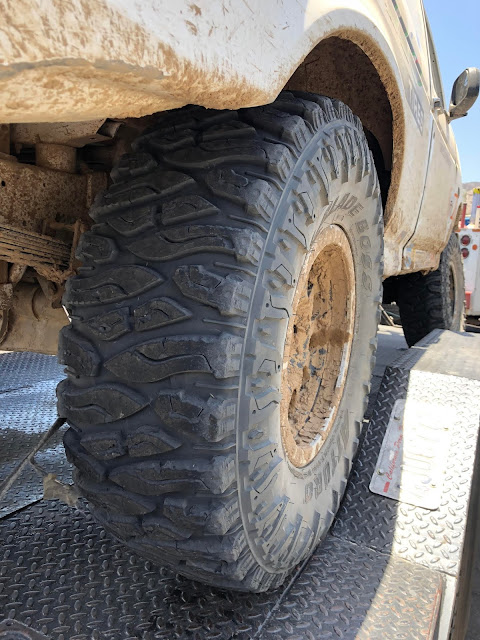 The Baja 500 isn’t for the faint of heart. But it is for the Atturo Trail Blade BOSS.
“It was a brutal, violent race” Driver Cooper Reynolds Gross said this month after finishing the 50th edition of legendary off-road race while rolling on 37” BOSS tires. “There were no moments of calm, some sections were less like racing and more just a game of survival. but the tires blew everyone away. They are still useable for another race after genuinely pummeling them."
The truck is back at the race shop on the same tires Driver Marc Stein started the race on. Driving the middle section, Driver and Crew Chief Mike McComas was able to utilize the almost paddle-like tire traction of the BOSS to work past massive logjams and rock crawl around obstacles few others could.
“I thought they would be burned down to the carcasses,” Mike said when he handed the truck over to Cooper. “I was beating them harder than I have ever beat a tire just to get through some of that stuff but they had a lot of life still left in them so we left them on.”
Cooper said the grueling terrain along Mexico’s Baja California Peninsula featured incredibly steep, silty or sharp rocky hill climbs where his Atturo-branded truck’s tires were spun up to 80 or 90 mph, using every one of its 500+ horsepower while going only 15 or 20 mph, but handled 537 miles of the worst the Baja could throw at them.
“It was the hardest race any of us had ever run,” Cooper said of his Ace Motorsports team. “The tires performed beautifully. Zero flats on either the race truck or any of the chase trucks wearing either the BOSS or Trail Blade M/T. The truck fought her best but the terrain proved so brutal that nobody in any limited classes made it all the way around, being restricted to stock parts, we lost 1st gear, our transfer case ended up stuck in 4 low and our front diff blew up leaving us in 2wd low range. And the power steering failed with 200 miles to go but we fought on all the way until the motor quit back on the pavement in Ensenada. What an adventure.”
And it’s not over yet as the race team is planning to tackle Baja 1000 in November to secure a championship. 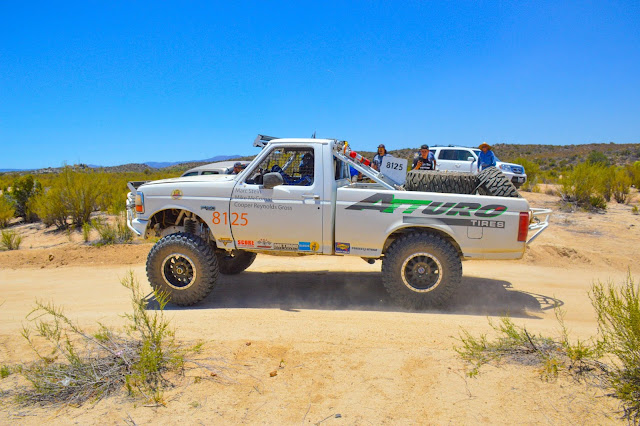 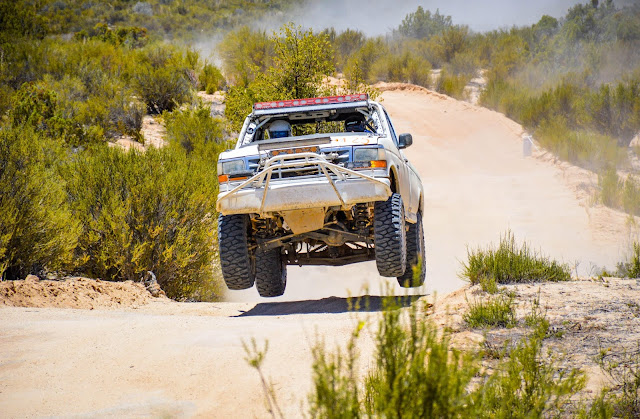 Posted by Atturo Tires at 1:22 PM No comments:

New Zealand is known for having some of the most rugged off-road terrain on the planet. And for the Kiwis who love to navigate it, Mitsubishi Motors NZ designed its strictly limited-edition 2018 Triton Huntaway II, with only 20 models of the truck created and available for purchase in the country.

The truck boasts an array of serious off-road modifications and features, among them are the truck’s Atturo Trail Blade X/T tires. With a bold tread design inspired by Quartermaster Knife blades, the Atturo Trail Blade X/T is a unique multi-terrain hybrid that cuts into the segment between traditional mud-terrain and all-terrain tires, offering the lugs of a mud terrain tire combined with the off-road ability of an all-terrain tire and the road feel of a highway tire.

The Triton Huntaway II truck is equipped with 33x12.5R18 Trail Blade X/T tires that offer maximum traction on the slipperiest slopes and are fitted on 18” alloy rims. This week, June 13-16, during the 50th annual National Fieldays Show in Mystery Creek, Hamilton, New Zealand, attendees can take test drives in the Huntaway II.

In addition to its Atturo Trail Blade X/T tires, the Huntaway II features:

For more photos from Mitsubishi Motors New Zealand, look below. For a video of the 2018 Mitsubishi Triton Huntaway II in action, click here. And for more information about the X/T and other Atturo tires, visit atturo.com. 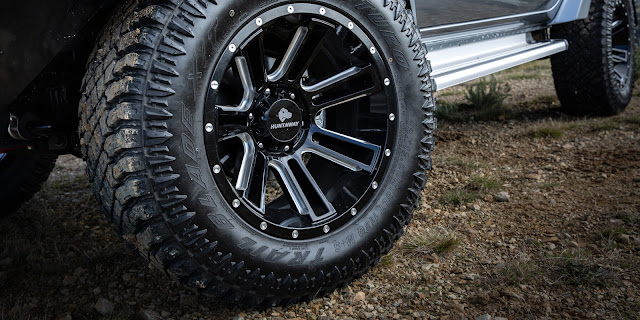 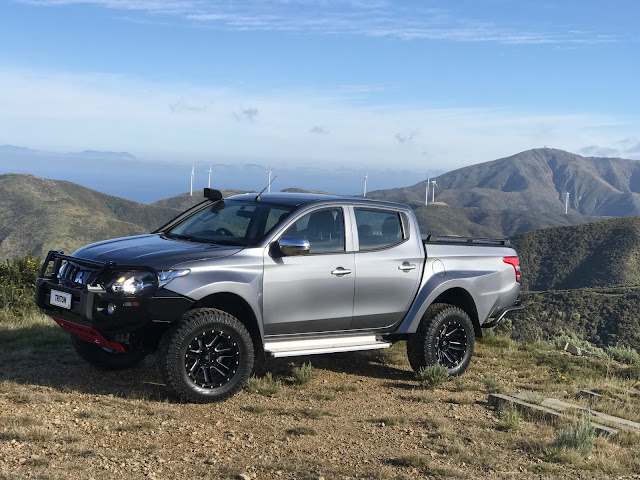 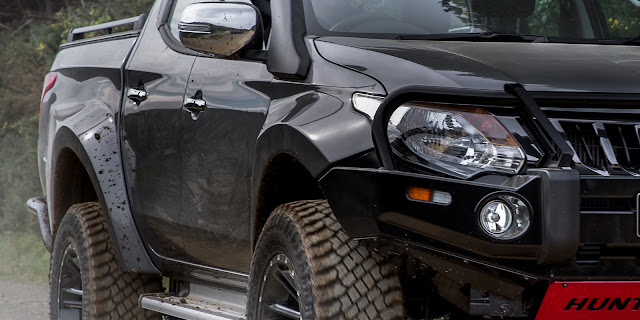 Posted by Atturo Tires at 11:07 AM No comments: 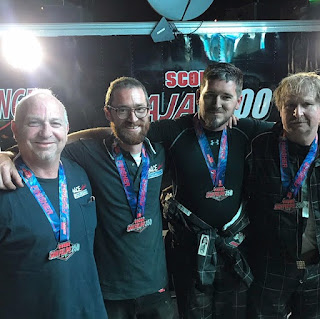 And he did it while rolling on Atturo Trail Blade M/T tires.

While Atturo has enjoyed tremendous success in short-course off-road racing, we’ve now set our sights on open-desert racing – and our tires are winning there too. We began the 2018 SCORE World Desert Championship in the best way possible, with Gross and his veteran co-driver Marc Stein scoring a victory using Atturo tires in the San Felipe 250, the grueling off-road race held annually across the sun-scorched sands near San Felipe on Mexico’s Baja California Peninsula. 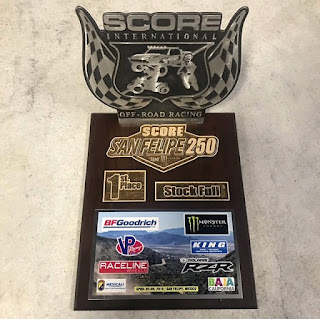 
Stein said after the victory, “We ran the old truck against a much newer truck and won – by over 60 miles. It was an incredible and humbling experience. Three hundred and nineteen of the most bone-crushing miles Baja could throw at us, and the old girl fought through.”

That was thanks in no small part to the team’s Trail Blade M/T tires – the exact same type that you can buy off the shelf at your local dealer.“It’s a great tire,” Cooper says of the Trail Blade M/T, built for the dirt with its extra-deep tread, staggered shoulder blocks for lateral grip, and aggressive sidewall tread blocks for deep gouging. “They just dig like crazy and really do handle so well.”

So well that you’ll never forget it.

To prove the mettle of our lineup of off-road performance tires, Atturo will continue to partner with teams in the SCORE series. To find a store near you selling Trail Blade M/T tires, use our handy dealer locator tool: http://www.atturo.com/dealer-locator/ 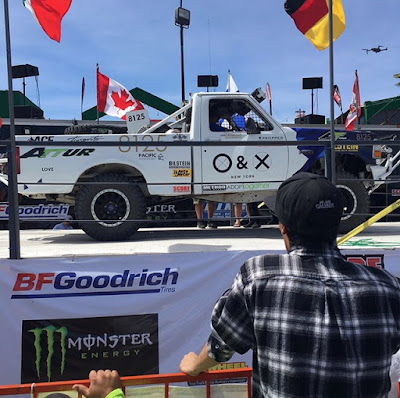 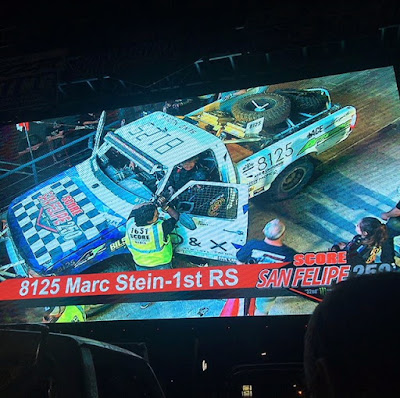 Posted by Atturo Tires at 11:50 AM No comments: 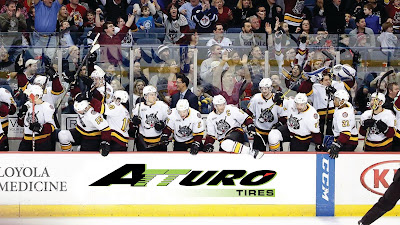 Atturo Tire to be Prominently Featured at Allstate Arena
During the Second Half of Wolves’ 2017-18 AHL Season, Starting Jan. 20

Now, the Waukegan-based tire company renowned for its durable, multi-terrain treads is showing it in a new way as an official sponsor of the Chicago Wolves hockey franchise for the second half of the team’s 2017-18 American Hockey League (AHL) season.

Beginning Jan. 20 at Allstate Arena in Rosemont, with the Wolves’ home game against the Bakersfield Condors and throughout the team’s remaining 18 home dates, Atturo’s logo will be displayed on a dasher board located near the player benches along the ice and visible during TV broadcasts. Additionally, during the Wolves’ home dates on Feb. 17 vs. the San Antonio Rampage and March 17 vs. the Rockford IceHogs, Atturo will be the official sponsor of a period for each game (promoted in-arena and during the telecast) as well as the entrance/exit coupons.

“As a Chicagoland company known for the toughness and durability of our products, we’re excited to partner with a Chicago hockey team whose players are known for the same,” says Atturo Tire Marketing Manager Joe Gomez. “Both Atturo Tires and the Wolves are built to perform at a championship level.”

Founded in 1994, the four-time league champion Chicago Wolves in 2017 became the AHL’s minor-league affiliate for the Las Vegas Golden Knights of the National Hockey League (NHL).

About Atturo Tire
Established in Waukegan in 2009, Atturo Tire is a tire brand dedicated to the growing SUV, Crossover and Light Truck (4x4) segments of the market. Atturo designs and distribute stylishly aggressive tires built to fit the needs – both on and off-road – of drivers around the world who embrace the active outdoor lifestyle. Committed to continuous improvement and innovation, Atturo is the only brand in the industry solely focused on delivering tires to support your daily adventure.

Posted by Atturo Tires at 7:44 AM No comments: