Last year over 1,200 veterans, family members & supporters, laced up their boots and strapped on their backpacks to Ruck 22 Miles to honor and remember those we lost at home and on the battle field.

A new study released this year shows the number of veteran suicides have dropped from 22 to 20 veterans a day. What we and other organizations are doing collectively is making a difference. So on May 26th 2017, we will be hosting our 4th annual Ruck March but this year we are rucking 20 miles!

Together lets raise awareness of veteran suicide and help end this epidemic. If you’re as passionate about our cause as much as we are, we encourage you to create a fundraising page, volunteer for the event, sign up for the ruck march, or do all 3! This will be an amazing and emotional event we know you will be proud of. All of us at Atturo Tire are proud to be a sponsor of this event.

Visit Chicago Veterans to learn more about this great organization. 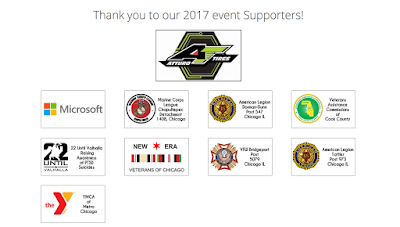 Posted by Cunningham at 2:06 PM No comments: 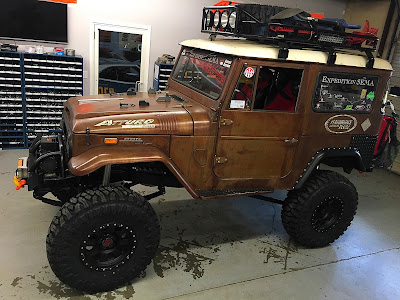 These two seasoned racers and fabricators will complete the journey in a fully rebuilt 1970 Toyota FJ-40 Land Cruiser dubbed the ‘Rat.’ Expedition SEMA is a solo journey, the team has no backup or chase crew, Aaron and Ed are on their own and will carry all tools and supplies necessary to survive. 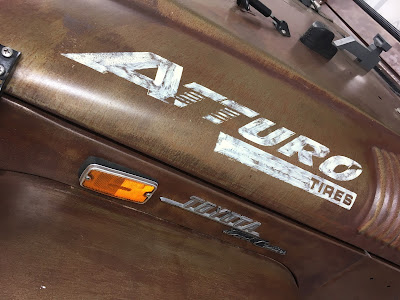 Expedition SEMA 2017 travels across the Oregon Trail through 6 states. Once they hit the Owyhee Wilderness area in Idaho they will head south towards Salt Lake City making a stop at the Golden Spike where the first transcontinental railroad met east and west lines. Next stop is the Bonneville Salt Flats to celebrate a 10 year anniversary where the Dodge 71 stock car built by Aaron Brown crushed the world record with a 244.9 MPH run in 2007. From there Expedition SEMA takes the Pony Express east, then turns south through Moab, Needles, Zion, Northern AZ and on to Las Vegas.

Follow Along: All season long, The Garage Shop will post updates as they prep for this epic adventure. Come Oct. 10th Expedition SEMA will be posting Daily Trip Reports to the The Garage Shop Facebook page. Search #ExpeditionSEMA for content. 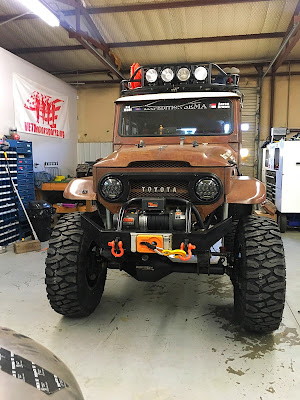 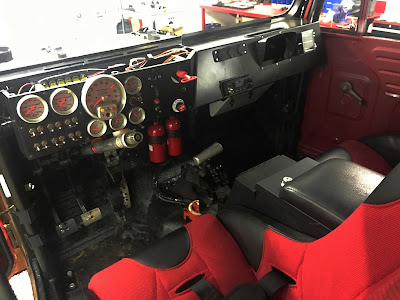 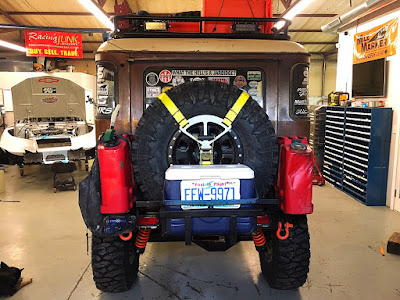 Posted by Cunningham at 3:57 PM No comments: 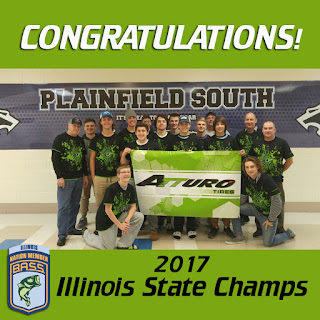 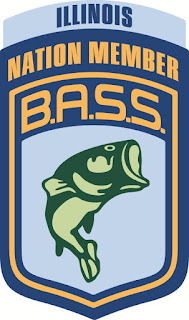 Plainfield South High School Bass Fishing Team Won the Illinois B.A.S.S. Nation State Championship @ Lake Clinton on May 6th 2017. The Team of Ryan Park and Tommy ( Scoop ) McDonald Coached by Jim Nelson brought 3 fish to the scales weighing in at 16.54lbs. The Big Bass of 7.67lbs was bigger than the net but Scoop got him in the net anyway. 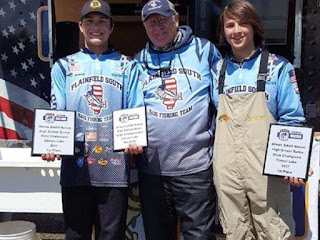 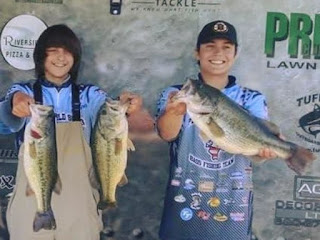 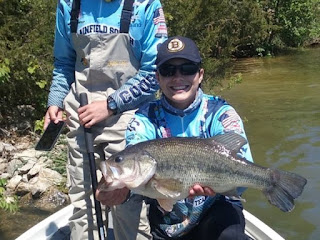 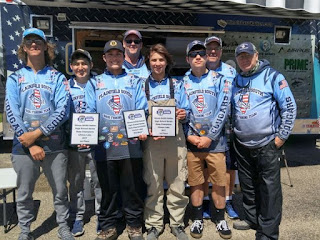 Posted by Cunningham at 10:09 AM No comments:

Cole Mamer Results from Race One at LOORS 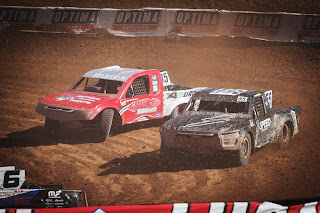 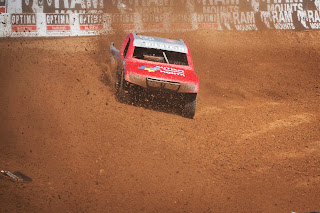 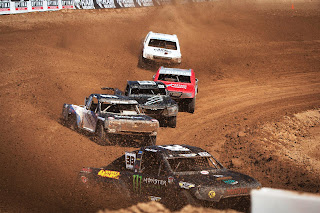 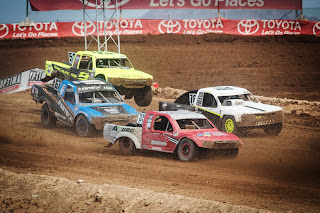 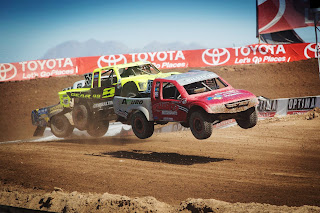 The first round of racing was rough for us. We were fighting an issue all weekend, but in Sunday's main event we figured out the problem and the truck came to life, and went from 10th to 5th in 5 laps.

I made a mistake behind the wheel that took us out of the race unfortunately.. but the truck is okay and we are about ready for MEXICO and I am feeling better then ever with the Atturo tires, Bilstein 35 Pro-Lite

- Cole Mamer
Posted by Cunningham at 11:35 AM No comments: 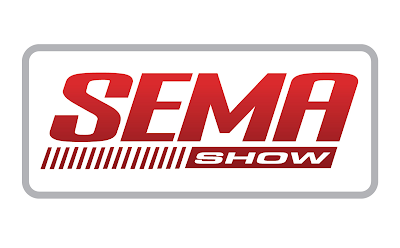 This year Atturo will have  a 50x40 booth - # 43265.   Keep your eyes open for vehicles, as we have not confirmed booth spots with anyone for the inside booth vehicles yet.

Stay tuned as we announce more plans for this year's spectacular SEMA show.

Posted by Cunningham at 11:39 AM No comments:

Atturo Tire, Chicago’s own tire company, announced their lineup for 2017’s The Off Road Championship (TORC) series.  Kicking off this May 13th in Joliet, IL, with the Chicagoland Slam, this TORC series will feature Atturo tires racing in two classes of off road competition - the Pro Lite and Pro 2.  This is an expansion of the Atturo brand into the Pro 2 class pitting the Trail Blade M/T® and the Trail Blade X/T® tires against the harsh driving conditions that make up the TORC race experience.

Atturo has been a major player in the Pro Lite class of the TORC series, having sponsored 2016’s series and nabbing 11 podium finishes with veteran drivers Andrew Carlson #151 and Travis Dinsmore #43.  Both drivers race on the Atturo Trail Blade M/T.  The unique design of the Trail Blade M/T is based on the cutting edge blades of designer Jared West, of Quartermaster Knives, creating something fresh in the LT tire segment. Atturo selected knife blades to incorporate into the tire design based on their intended use as a gouging or clawing type tool. The shoulder and corresponding sidewall tread blocks are based on a pusher style double tipped blade, even including the contoured edges. The alternate sidewall lugs are from the Karambit type blades. All of these elements have combined to create a winner on and off the track, and while 2017’s competition is fierce, Atturo is poised to build on their earlier successes in the series.

“Consumers know that when they go to their local independent Atturo tire dealer to get a Trail Blade M/T, they are going to get an aggressive tire that is not only designed well, but it’s race-proven,” says Atturo president, Michael Mathis.  “We are eager to expand into the Pro 2 class and show our SUV, Crossover, and Light Truck consumers exactly what our Urban All-Terrain Trail Blade X/T can do.”  The Trail Blade X/T debuts in 2017’s TORC Pro2 class racing alongside the M/T thanks to a rule change allowing for a DOT  rated street tire. The Trail Blade X/T, a new type of multi-terrain tire, is another collaboration with Quartermaster Knives, and cuts into the segment between traditional M/T and A/T tires. The Trail Blade X/T offers the open shoulder and sidewall tread lugs of a mud terrain, combined with the off road ability of an all-terrain and the road feel of a highway tire. The design and variety of sizes brings a whole new look to SUV, Crossovers, and Pickups.

Atturo’s expansion into the Pro 2 class not only gives race fans opportunities to see the TrailBlade  X/T and M/T in action, but also introduces the Atturo audience to its newest drivers, Scott Mueller and Matt Solka. Mueller brings two Crandon Classix World Champion wins to the team while Solka brings a diverse background  with multiple Holeshot awards, multiple podium finishes, and a 4th overall in race points.
Both are eager to show what they can do on May 13th at the upcoming 2017 TORC series kickoff, the Chicagoland Slam. 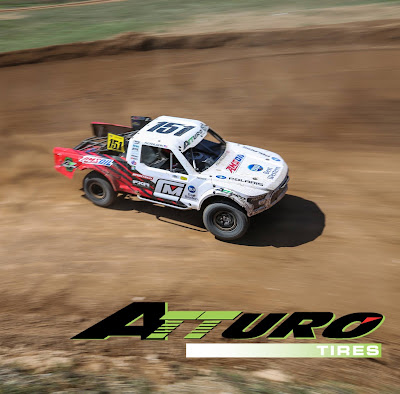 Posted by Cunningham at 9:51 AM No comments:

Get Ready for the Atturo Chicagoland Slam! 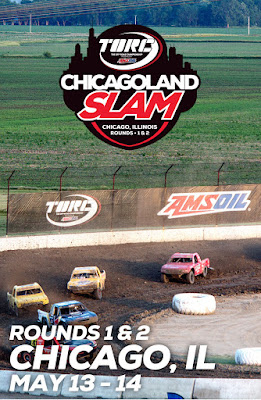 Taking place right in our backyard, this year's TORC series kicks off with the CHICAGOLAND SLAM!

We will have Atturo drivers competing in the following classes:


ON SATURDAY, AFTER THE PRO 4 RACE, THERE WILL BE A DRIVER AUTOGRAPH SESSION WITH THE TOP FIVE PRO FINISHERS FROM EACH PRO CLASS. 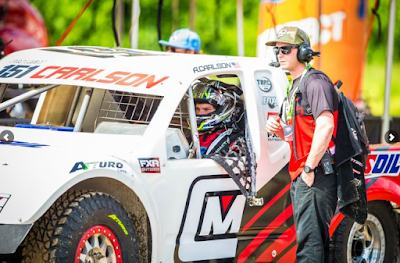 Posted by Cunningham at 11:38 AM No comments:

Race Season is Almost On Us...

The Spring Race Season is nearly on upon us, and Atturo will have some great announcements for our 2017 series.

In the meantime, here's some action photos of Cole Mamer of Mamer Motorsports in 2016's LOORS series, racing on Atturo Trail Blade M/T's. 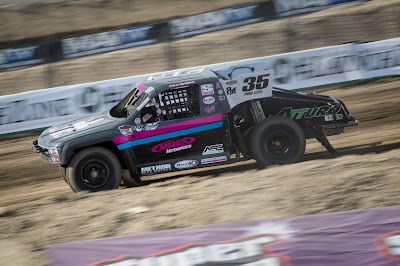 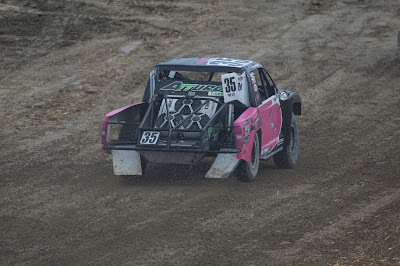 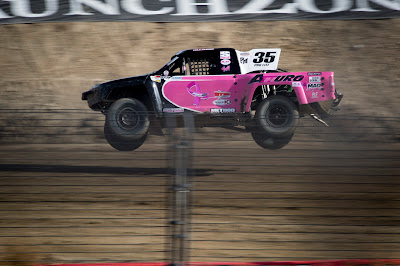 Posted by Cunningham at 10:32 AM No comments: