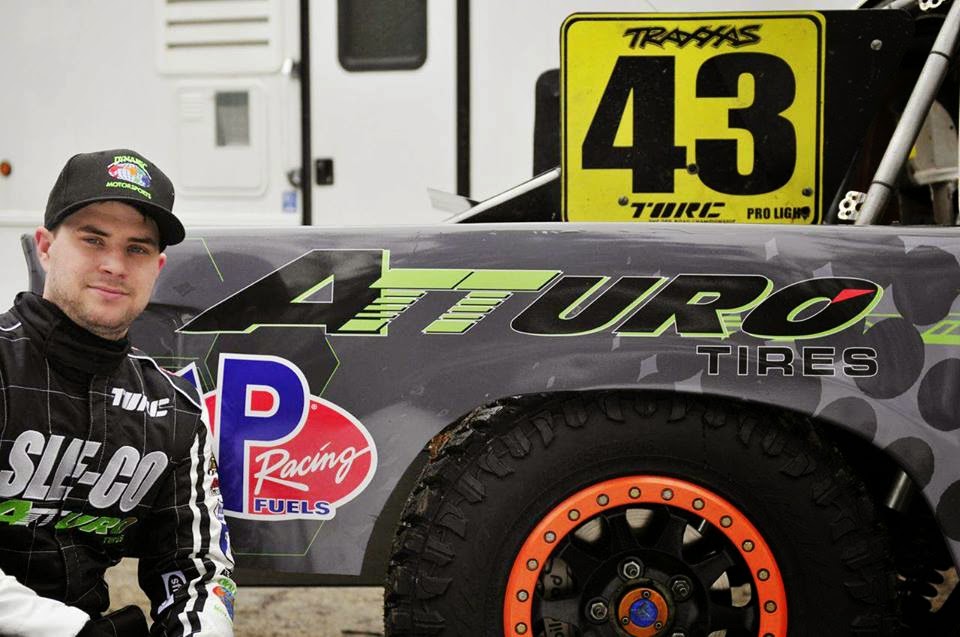 After a solid runner-up finish at the final race of the 2014 race season, Travis Dinsmore was looking to build on that momentum at Texas Motor Speedway. The final result gave the #43 Sleco Atturo Tire VP Fuels PRO-Light its second best finish ever in the category and really put the rest of the class on notice. The guys from "North of the Border" are a serious contender for the championship.

Before Sleco Race Team arrived at the Dirt Track at Texas Motor Speedway, the team spend a few days testing in Arizona as well as making an appearance for Atturo Tires at King's Tire in Fort Worth. Just as the team set-up their pit area, so did the rain. For two days heavy rain blanketed the area, which caused TORC officials to cancel Friday night's opening round of racing.

The TORC weekend at Texas was also bringing awareness to the Chris Kyle Memorial Benefit which is raising funds for the Guardian for Heroes Foundation. In honor of benefit the team printed up decals for racers and fans to show their support of the benefit and the foundation. 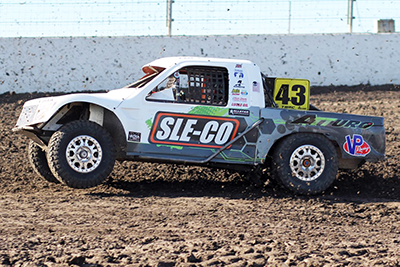 By Saturday morning the sun was out and eighty degree temperatures were in the forecast. The TORC track crew went to work and by noon time, the PRO-Light group went out for the first of its two practice sessions. Right from the start, the Sleco Pro-Light turned some very quick laps. The Saturday qualifying session saw a very competitive field, lay down some very close lap times. Officially Dinsmore qualified fourth fastest, just .726 seconds from the pole.

The opening race of the season saw the #43 Sleco Atturo Tire VP Fuels PRO-Light lined up on the inside of the second row for the eighteen lap run. When the green flag waved, Travis Dinsmore make a charge for the lead. When the field headed out of Turn 3 and into the infield portion of the tack, Dinsmore grabbed the lead. Quickly the Sleco truck opened up a substantial lead. When the field slows for the halfway mandatory caution, Dinsmore's five second lead disappears.

On the restart, the Canadian driver continued to dominate. Then with less than three laps to go, the truck catches a rut and nearly rolls, but somehow Dinsmore gets it back on all four Atturo Tires. The incident shuffles the Sleco PRO-Light back to fifth place. The final few laps Dinsmore continued to push to make one final pass and to finish in fourth place.

"We had the winning truck tonight," remarked Travis Dinsmore. "I'm really excited for the rest of the season. I was confident going into tonight's race that we would be running well, and we proved it tonight. The fourth place finish is still great for our team, but in short-course you race your fellow competitors as well as the track. To get our program to this level not only do you need great partners and great equipment, but a great crew as well. I'm fortunate to have all three."

The next TORC Series presented by AMSOIL event is only three weeks away. Don't miss "The Rumble on the River" May 16-17, at Gateway Motorsports Park in St. Louis.

If you can't be there in person you can always watch all the streaming free online. 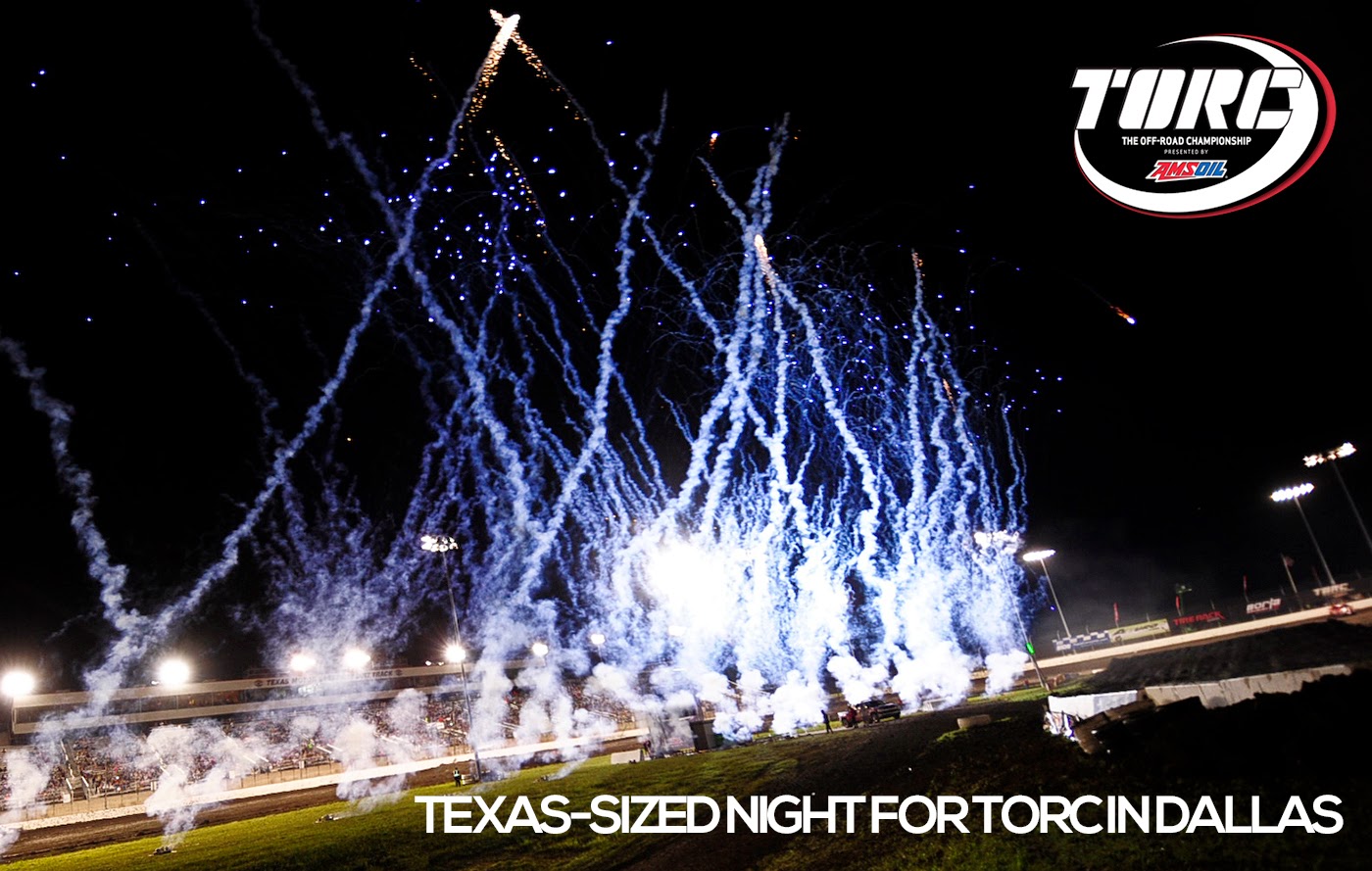